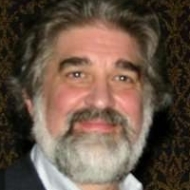 Tom Collura
Tom Collura has over 40 years of experience in the fields of EEG, computer systems engineering, clinical neurophysiology, biofeedback, and mental health counseling.
This user account status is Approved

This user has not added any information to their profile yet.

His professional positions have included staff and teaching positions with Bell Laboratories, the Cleveland Clinic Department of Neurology, Siemens Medical Imaging, and BrainMaster Technologies, which he founded in 1995, as well as the Brain Enrichment Center, Bedford, Ohio, where he is Clinical Director. His past organizational positions include President of the International Society for Neurofeedback and Research (ISNR), and President of the EEG Division of the Association for Applied Psychophysiology and Biofeedback (AAPB). He is currently President-Elect of the AAPB, and leads the taskforce on innovation. He received the Hans Berger Award of Merit from the AAPB in 2007, was named a Fellow of the ISNR in 2011, and received the ISNR Career Achievement Award in 2014. In 2010, he chaired the IEEE working group on Recommended Practice Standards for Neurofeedback, and is currently on the advisory board of the QEEG Certification Board. He has published peer-reviewed journal articles and book chapters. His textbook, “Technical Foundations of Neurofeedback,” is published by Routledge and is required for the BCIA certification in Neurofeedback, and by the QEEG Certification Board. His clinical work is with adults and children with emotional and cognitive challenges, as well as federally mandated offenders.